PUSH PAST YOUR LIMITS

A candy blue raspberry flavor we can guarantee you never tried before. Push your workout to new heights with every scoop by lifting heavier & harder. Launch Pre Workout gives you the energy, focus, and a muscle pump that keeps you going for one more set.

5 AM morning workouts Mon-Fri. Pre-workout is always needed. A fantastic product that’s has energy without spiking and crashing and a pump aspect as well. Ashwagandha root is also a cool aspect that I haven’t seen in too many products. 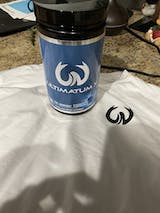 I’ve been working out for 7 years in the gym, 3 of which training as a bodybuilder and competing in shows. With that, ive taken many different pre workouts and this one is by far the best tasting of any I’ve ever had (both dry scooping (not reccomended) and mixing with water. Pump was good, phenomenal job guys! 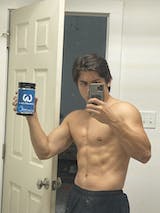 I am very conscious about what I put in my body because of being a wrestler. I had the opportunity to try the Launch Pre Workout and I can honestly say this was the perfect supplement for me! I had one of the best pumps and workouts all while cutting weight where I usually feel drained! The taste was also a 10/10!

J
Jeremy
This is not a paid review!

Let me preface this by saying I have taken many pre workouts over the years. The first I ever had was the original jack3d. Since then I've taken bucked up, mr Hyde, c4 and some others.
Let's be honest, most preworkouts are about the same. Lots of beta alanine and caffeine.
However, what makes ultimatum x different to me personally is the endurance and stamina I got from it. Normally I do 3 sets of 10 reps and call it a day, on ultimatum x I had the motivation and energy to change my typical routine and I found myself doing 7 sets of 15 reps. I got a pump and feeling I have not had since I was a teenager.
The last thing is I had no crash, alot of preworkouts I feel like total garbage later in the day but not with this one.
Is this better than the original jack3d? Probably not but what is? Would I buy ultimatum x again? Yes, it's in my top 3 preworkouts I've ever taken.